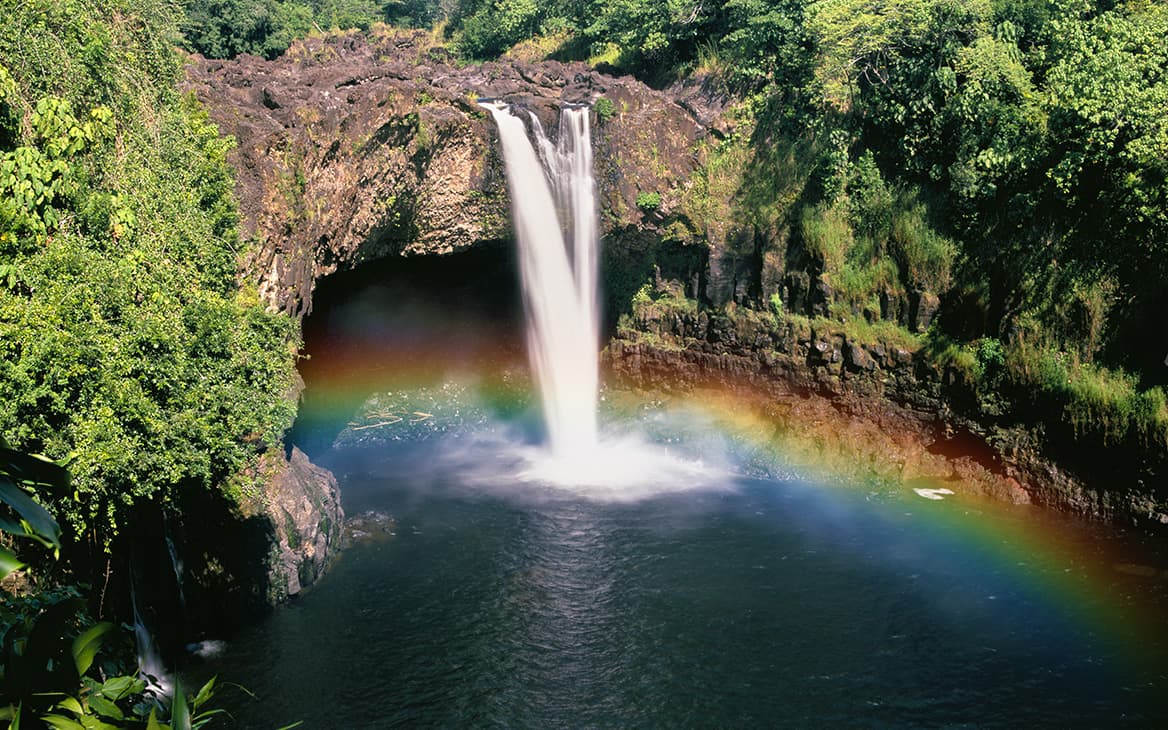 Top 10 Things To Do in Hawaii

When you are planning your Hawaii vacation make sure and enjoy the very best the Islands have to offer. Here are the top ten things to do in Hawaii.

Witness how the Hawaiian Islands were made. Hawaii Volcanoes National Park has lots of great hiking trails including amazing views of steaming craters at the summit. Near the coast you may be able to view the astounding sight of flowing lava exploding into the sea. Also located in the park are ancient petroglyph fields. The park Visitor Center offers great educational exhibits, as does the Jagger Museum at the summit on the rim of Halemaumau Crater.

One of Earth’s natural wonders, the 15-mile-long rugged coastline is a land of steep seacliffs, remote white-sand beaches, and monumental mountains lined with waterfalls. Gaze into deep, ancient valleys once inhabited by Hawaiians, and see the famous valley of Kalalau. The steep, furrowed mountains of this region are a sight to behold. You can see the Na Pali by boat or helicopter, or by an arduous trek 11-miles into Kalalau.

In ancient times Hawaiian royalty lived here and valued the area’s “healing waters.” Today people from all around the world find rejuvenation in the turquoise waters of Waikiki on Oahu’s southern shore. Lined with high-rise hotels, restaurants featuring live music, and an array of shopping opportunities, the main draw of Waikiki are the people themselves. Rent a surfboard or just swim in the water, lay on the beach and take in the scenery.

Spend a day exploring the road to Hana. One of Hawaii’s most scenic drives, the road to Hana crosses over countless bridges as it winds through tropical rainforests and curves along the picturesque Maui coastline. Stop at lookouts and streams where trails lead to swimming holes and waterfalls. Waianapanapa State Park near Hana features lava arches and a beautiful, rugged coastline. Beyond Hana is Oheo Gulch and the Seven Sacred Falls including a huge bamboo forest.

A miniature version of the Grand Canyon, this 10-mile long, 3,600-feet deep Kauai landmark is a stunning display of geology with great views into the huge gorge. If you follow the rim of the canyon all the way up the road brings you to Kokee State Park with a multitude of hiking trails, some of which look over the rugged Na Pali coastline.

Crystal clear water and lots of marine life. With a colorful coral reef and an abundance of interesting tropical fish and other marine life, Hanauma Bay is one of the most popular snorkeling spots in Hawaii. It is best to arrive early when the water is clearest and parking is still available. Located in the remnants of an ancient crater, Hanauma Bay is now protected as a Marine Preserve. There is also a nice beach for sunbathing, an award-winning Marine Education Center, snorkel gear rentals, and a food concession.

Few places on Earth make you aware of how mystical a natural occurrences can be, or aware of how cold you are. Haleakala at sunrise should be listed on everybody’s must do list in Hawaii, and a definite if you are on Maui. If weather conditions are just right, your early morning efforts will be well rewarded, just make sure you bundle up and bring hot coffee or cocoa. There are some tours that take you to the top of the mountain and if you aren’t a morning person, having someone else doing the driving may be a good thing. If you do go it alone, make sure you give yourself time to get situated on top. You are not the only person on Maui that wants to see pure magic.

If you can wake up early enough this is a must see sight.

Commemorating those who died in the 1941 attack on Pearl Harbor, the U.S.S. Arizona Memorial sits atop the sunken ship that still holds the brave soldiers who died in the disaster. Tours of Pearl Harbor provide an enhanced understanding of the pivotal role Hawaii played in the World War II. Also docked at Pearl Harbor is the U.S.S. Missouri, which was the site of the Japanese surrender at the end of the war, and the U.S.S. Bowfin Submarine.

Surrounded by 2,000-foot cliffs, this ancient valley on the north side of the Big Island of Hawaii was once the home of Hawaiian royalty. Today it’s rare beauty has been preserved and the valley is site of taro farms and also a beautiful, secluded beach. Huge waterfalls tumble down the surrounding cliffs and the valley is surrounded by lush rainforests.

Whale watching is a must do while in Hawaii. Seeing these 40-ton mammoths of the sea is an experience you will never forget. Visiting Hawaiian waters during the winter months, the humpbacks often leap from the water in spectacular breaches. Whale watching boats leave from all the main Hawaiian Islands, and you can also see the whales from shore, particularly from Maui where the whales congregate in the shallow offshore waters.